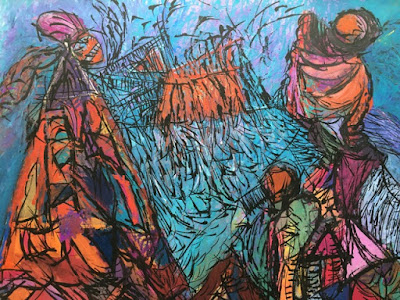 This morning the three members of the Dave Pearson Trust - Margaret Mytton, Chris Pearson, and I, went to meet Amanda Freeman of Myerson Solicitors in Altrincham. Amanda has particular experience in wills and inheritance tax planning, and knowledge of estates and trusts. We chose Myerson since they are a law practice recommended by Artlaw.

Amanda quickly made us feel relaxed, despite us being beginners in understanding the law in these areas. All three of us would admit to being naive about this complex area of law, even though we have been acting as trustees for over 7 years. She listened to our concerns, and asked us a number of questions about the Trust. We had with us a copy of the Will, the Trust documents, and an account of the Trust's financial dealings since 2008 (as well as our passports to show that we were who we claimed to be).

She said that, well, we had come at exactly the right time - as there are still over two years left before (because of the 10 year rule) we need to be reassessed for Estate Duty. She said that this will give us adequate time to decide what course of action to take and then to go to the Inland Revenue to discuss the Trust's tax affairs.

One thing I had never fully understood and which Amanda clarified for me, was the fact that the kind of Trust we are (apparently a 'Relevant Property Trust') can make over what is called a 'Holdover Election'. This can only be done within the first 10 years of a Trust existence. In effect, it would enable us, if we chose, to return the Estate back to Chris Pearson, who was the sole beneficiary of the Will as Dave's son.

The advantage of this to the Trust would be that the Estate Duty issue would then cease to exist - although Capital Gains Tax would still need to be paid on any sales of the work. It would mean that Margaret and I would no longer be Trustees, and the Trust would be wound up. The downside is that it would place all the responsibility for the paintings and the tax back with Chris - and it was to avoid precisely this that was the main reason for establishing the Trust in the first place.

Still, many things have changed over the last decade. For a start, we now know far more about exactly what artwork the Estate owns, and we also have more knowledge about the value of individual pieces of work than we had in 2009. This information would help Chris should we decide to wind up the Trust - and there's also no reason why we shouldn't continue to help Chris should he want us to, or equally he could employ others to give him that support.

But all of this is still a way away. All three Trustees will no doubt think over what we learned from Amanda today, and she is suggesting that we have another meeting soon with one of her colleagues who is an expert on the art market. After that, it will be time to make a  decision on what course of action we want to take and then make our submission to the Inland Revenue.

Anyone reading this blog since I started writing it shortly after Dave Pearson's death in the summer of 2008 will remember that one of the biggest issues we (the Dave Pearson Trust) faced in the early days was the problem of valuing his work for Estate Duty. The problems we had to overcome were complex, if not exactly unusual with artist's estates, and for those reasons I started recording our progress in this blog.

Dave sold work throughout his life, but it was never a preoccupation. He earned enough from lecturing to cover his needs, and ultimately preferred to spend his time painting than bothering too much about galleries, or his reputation.

Like many artists he died leaving behind a lot of work. In his case an awful lot. I estimated between 14,000 and 20,000 pieces at the time, and at this point, after several years of careful cataloguing, we've archived 12,000 pieces. The likely final number will be about 16,000 pieces.

Because Dave had not sold anything in the 5 years prior to his death there was nothing to base value on. I approached two reputable companies who specialised in valuing art works and estates. When I described the situation they lost interest. I couldn't get anyone to visit the studio and take a look. In the end the Inland Revenue accepted a very low figure - £5000 I seem to remember – which did little more than reflect the value of the canvas, wood paper and paint left behind in the studio. 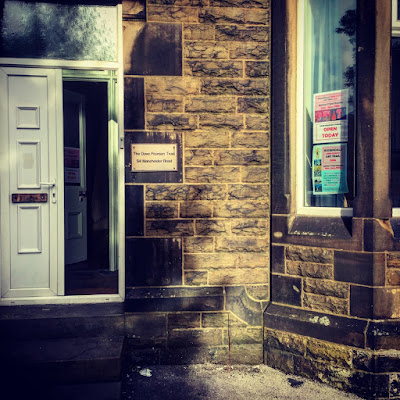 But the story doesn't end there. There's a '10-year rule', and every 10 years the value of an estate, if its held in trust, is reassessed, and tax rules are re-applied. At this point working it out gets extremely complicated as various rules, involving percentages of percentages are applied. If there's a a significant increase in value, then Capital Gains Tax might also apply.

After the first few years, and after the Inland Revenue wrote to say that they accepted our valuation, we've let things lie. But now, with less than two years to go before the 10 year anniversary, we've had to start thinking again about our valuation issue. It's frankly too complex a subject for any of the Trustees to handle, and even our decent local solicitor has recommended that we seek specialist advice.

There's an irony in the underlying situation in that we formed the Trust to save Dave's work, and help to foster and develop his reputation. It's meant archiving and safely storing the work, and this has meant that we've sold work in order to cover our costs. No one makes money from this – we employ a part-time archivist, and we pay rent on the studio. Any income beyond this will, in the end, go to Dave Pearson's son.

By doing the work we're doing, however, we've inevitably considerably increased the value of the work. So its clear that today a valuation would have to be considerably higher than the initial £5000. If we say that the 15,000 pieces left were worth an average of £50 each, then the estate would be valued at £750,000 – a huge increase, with god-knows-what tax implication. But of course nearly all of this work lies in storage – the value is only potential value, IF it were all sold. In any case that £50 is probably rather low. So this is where the negotiations really begin, and why – after looking through the very useful Artlaw pages online (http://www.artquest.org.uk/artlaw/) - we're about to go and talk to a solicitor who specialises in this kind of thing. 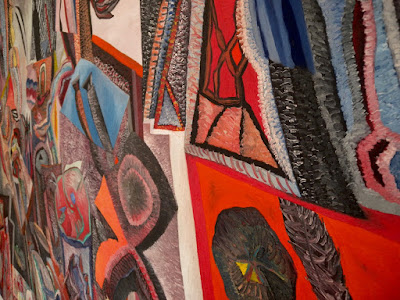 We had a very successful Open Weekend as part of Rossendale Art Trail; 40 visitors on Saturday, 75 on Sunday, and we made a number of sales. Most of all though there were lots of new faces to be seen, and clearly much interest and enthusiasm - with plenty of people staying in the studio for close to an hour, or over.

This week I take a dozen painting to York ('According to McGee') where Dave shares the first of the 'Modern Masters' joint shows with Barry de More. We've also agreed that the Turnpike in Leigh will host a large scale show of Dave's work in the autumn of 2018. There's discussions too with Dean Clough in Halifax - so a palpable sense of movement and interest in the collection.

Discussing things with visitors over the weekend, and with Ella Cole having now catalogued 12,000 pieces of work, we feel its time to look to the future, both of the studio and the collection. Over the next few weeks I'll be involved in meetings with artists, the Trustees and others, to draw up a plan that will renew our commitment to Dave Pearson's legacy and reputation. 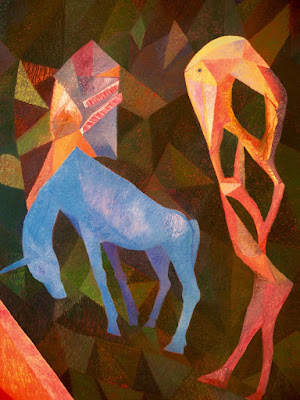