Slowing down and considering the next step 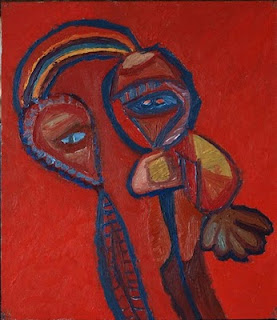 The local paper, the Rossendale Free Press, had a decent two page feature piece in about Dave and the Trust (rather better written than the tabloid pieces of a few weeks ago). With this the immediate flurry of interest has slowed right down - and we're very grateful for the breather. Now the Trust can start thinking about the next phase - organising things from the move; planning;  looking afresh at our roles; and doing this without the pressure of paying a high monthly storage bill.
The Peoples History Museum in Manchester had no space for taking the 'Jarrow March' triptych on permanent loan, but they would like it for 6 months as the centre-piece of an upcoming exhibition on Unemployment. In the meantime Horse + Bamboo Theatre in Waterfoot have installed two of Dave's larger pieces in the Boo (their theatre-space) and are considering the Jarrow piece. At least these will now be seen rather than stored.
Posted by Bob Frith at 10:15 No comments: Links to this post 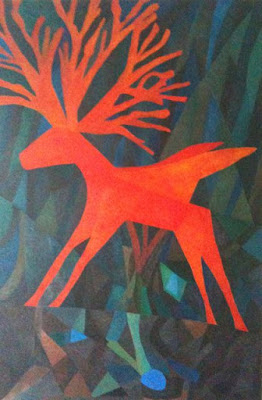 Things continue to develop. I got to watch recordings of both the BBC and Granada TV news reports on the move; and both were good. Radio 4 continues to show interest in Dave and his work; and this weekend we sold another 12 or so pieces of work to a serious collector, as well as meeting other collectors who were buying from the See gallery exhibition.
The exhibition at the See has now finished, and this evening I brought back the remaining pieces of work. Far fewer than I took over two months ago. Again, we're very grateful to Julian and Jackie for their support and hard work in helping with Dave's legacy.
Margaret and I also got to put aside a number of pieces to retain, for now at any case, for the Trust, especially prints. Dave did hundreds of wonderful etchings, drypoints, and monoprints in his lifetime but, typically, never produced series - so nearly all are one-offs, and we're concerned that we don't sell them all at this point.
Things have been really busy lately with the Estate. We've every reason to be delighted at our progress as a Trust. But it has meant a lot of hard work, and probably more than we expected. Margaret will now take over our liaison with the press; while I'll continue to oversee the studio.
Posted by Bob Frith at 18:50 No comments: Links to this post 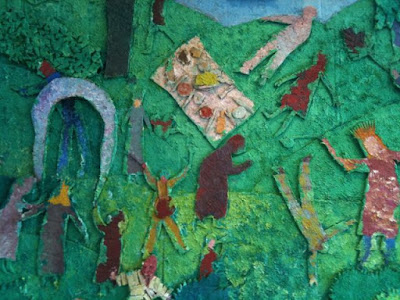 The interest in Dave's work continues to grow. We've done a lot of heart-searching as a result of the ultimately trivial (and at worst downright misleading) publicity that grew out of moving Dave's large paintings back into the studio. The fact remains that it has engendered another wave of visitors wanting to see and even buy pieces of work. All of these enquiries are genuine, and show that people are wiser than the press appear to think.
Tomorrow we (Margaret and I) will be at the studio, rehanging pieces, clearing up after the move, and meeting some of these interested people. We'll also start the process of deciding which pictures to set aside for the Trust, rather than sell.
Posted by Bob Frith at 09:07 No comments: Links to this post 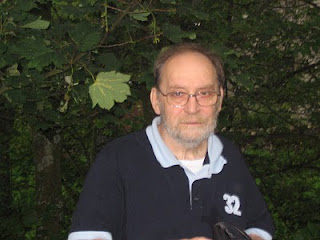 The day of the move was, as I mention in the previous blog, filmed by the TV, was on the radio, and a newspaper reporter was present. None of this prepared us for the outcome - 'features' in The Mail, The Express, The Metro, and a report on BBC North-West News; then The Guardian the next day, and Granada News...
The storyline invented by the tabloids was, broadly, how a cheap terraced house had suddenly become home to a treasure trove worth a million pounds. We all found this deeply depressing - nothing very much about Dave Pearson the person let alone the artist, or the sheer wonder and splendour of his work and what there was focused on  the apparent 'eccentricity' of committing oneself to a life dedicated to art and painting. In fairness the TV reports were better, and gave a more rounded impression.
Even The Guardian the next day stated - quite wrongly - that the Van Gogh Bedroom piece, something that Dave created during the 60s, formed the centre-piece of the restored studio, whereas this piece, made of papier-mache, has been almost totally lost or destroyed. Again, the feeling was of a story run primarily for the sake of filling newsprint.
We  should have been prepared, but it was still upsetting. The only good thing was the response from any number of people who saw through the nonsense and recognised both good painting and a human story. Visits to the See gallery over the last weekend increased massively, and people have responded in a generous and good spirited manner to the distortions in the press.
Posted by Bob Frith at 15:35 No comments: Links to this post

By 4.00pm today we had finished! Every last painting is out of the Albion store, and is now packed neatly into Dave's old studio in Haslingden. The system worked; Julian (see below) has a hat to eat for tea, and our friendly removal company did the job perfectly. What relief! Seeing the work at the store I did have some doubts, but in fact the 200 paintings fitted in with room to spare. 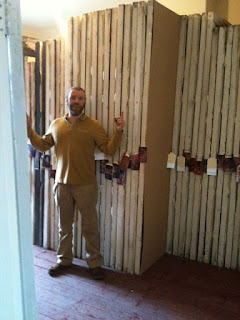 The move was accompanied by a live 9.00am broadcast from BBC Radio Lancashire; progress was recorded for TV by BBC Northwest News, and in the afternoon a photographer came from the Daily Mail. 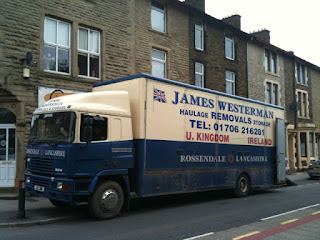 Posted by Bob Frith at 17:52 No comments: Links to this post

Margaret and The System.. 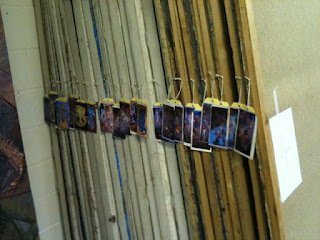 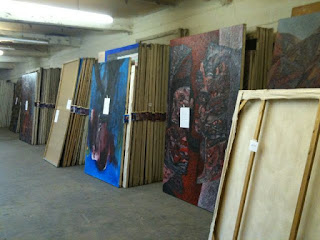 In readiness for the move of the 200 or so large paintings on Tuesday and Wednesday, Margaret has photographed each one; produced thumbnail tags; and attached them to the original paintings so that once they are squeezed into the studio we'll be able to see what's where simply by looking at the outer edge. Ingenious, and one each side so they can be 'filed' either way.
I'll also have the photograph available so these pieces can now be properly catalogued.
Posted by Bob Frith at 18:56 1 comment: Links to this post